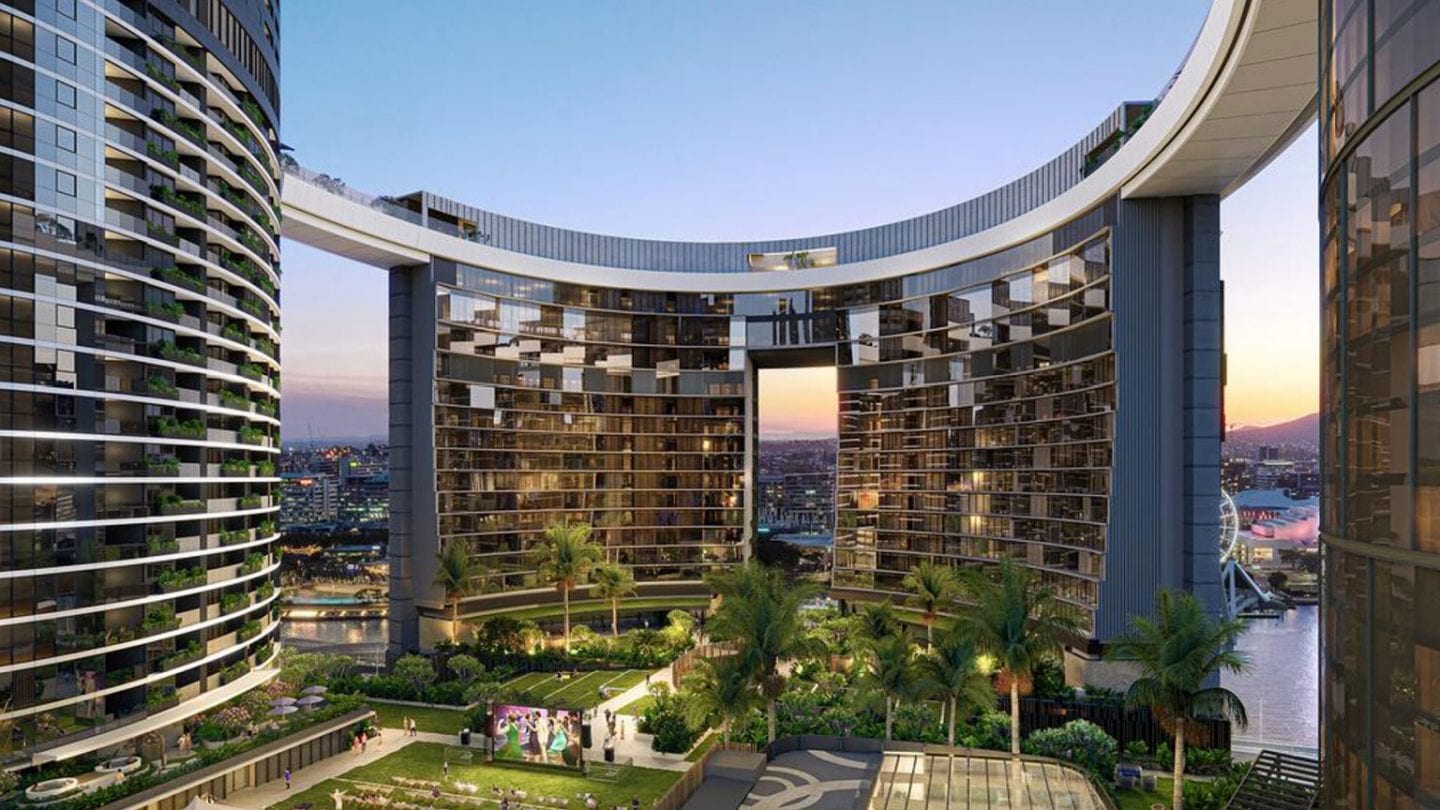 The developer of the $3.6 billion Queen’s Wharf project says the integrated tourist resort is proceeding to plan despite the COVID-19 economic shutdown.

Star Group chief executive Matt Bekier said construction of the core and facade of the project, which is expected to open from 2022, had been unaffected by COVID.

“Construction has been considered an essential service so there has been no disruption,” said Mr Bekier. “In fact, because the city has been quiet, we could actually cause more disruption as there was less traffic to deal with.”

Mr Bekier said the $1.6 billion funding package for the project has been completed with the hotel fit-out expected to begin next year. Up to 1200 workers are expected to be on site during peak construction periods.

Star, which also operates casinos on the Gold Coast and in Sydney, announced a full year loss of $95 million Thursday as revenue slumped 31 per cent to $1.48 billion amid the shutdown.

Mr Bekier said with international travel unlikely to start up again within the next 12 months, the company was focused on domestic travellers to fill its hotels and gaming rooms. More than 80 per cent of the company’s earnings currently come from the domestic market.

“Once the state borders open up, we will see the benefits of our focus on domestic customers,” said Mr Bekier, adding this should occur by Christmas.

He said Queen’s Wharf would be completed just as international travel was expected to be on the recovery path following the pandemic.

We are the only integrated resort being built in the world so this is a globally significant project,” Mr Bekier said. “By the time we are open, people will want to travel again and we can offer all the latest attractions.”