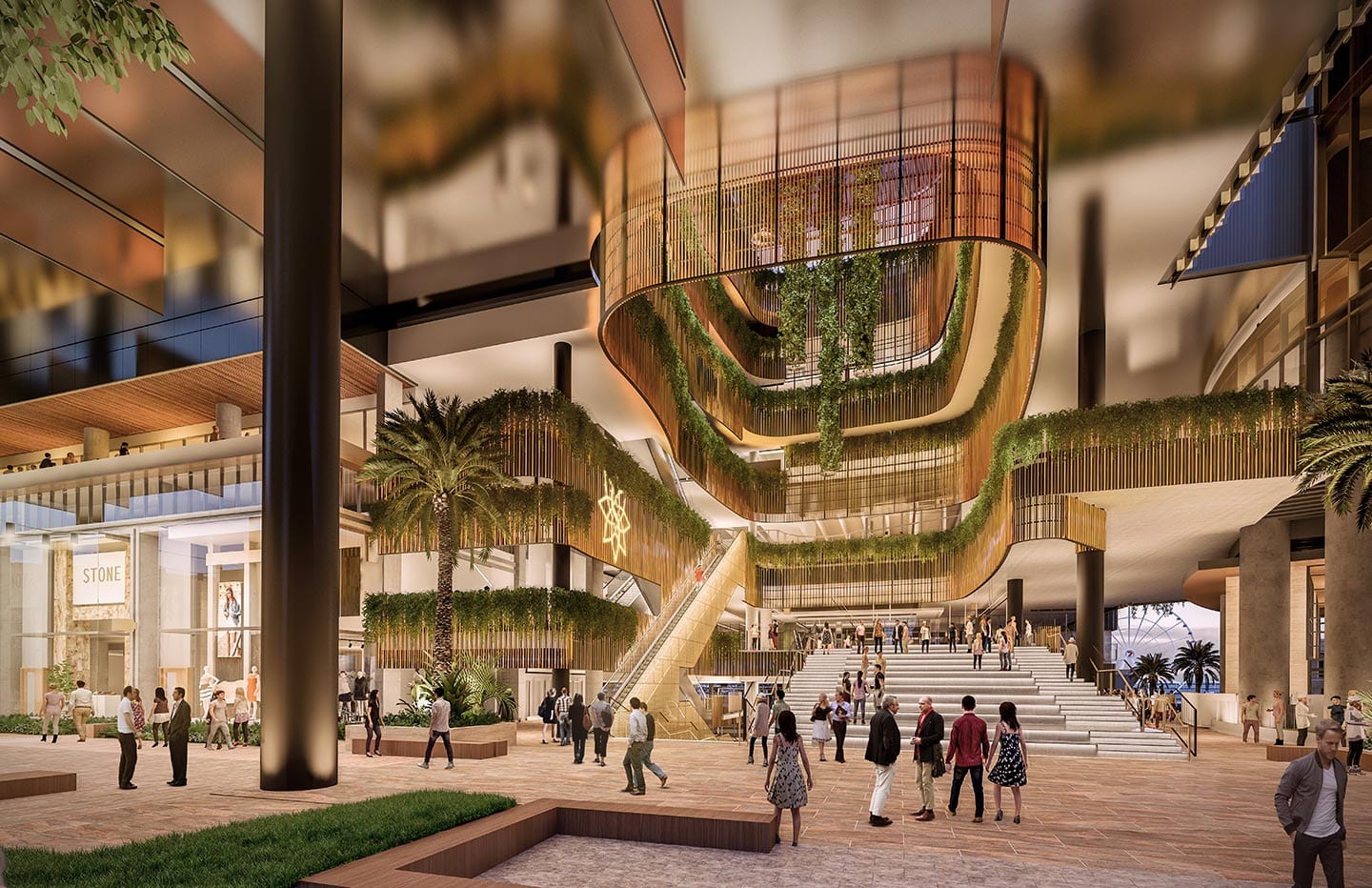 Brisbane’s new Queen’s Wharf casino and entertainment complex will market itself more towards the luxury tourism market than so-called “high rollers” when it opens in 2022, its CEO revealed during his first visit to the site after a COVID-enforced hiatus.

Star Entertainment Group chief executive Matt Bekier said the international impact of COVID-19 forced the company to rethink its appeal to attract guests to the luxury hotel accommodation in Brisbane.

“COVID-19 obviously has been hugely disruptive to a lot of people, including us, but I am really pleased to see that this project has progressed according to plan and to budget,” he said.

Mr Bekier said the pandemic had changed Star’s thinking when it came to the international VIP market — the high rollers who flocked to gambling hubs such as the Chinese city of Macau.

“That high roller market that built Macau is not going to come back,” he said.

“What is going to come back is the affluent, sophisticated traveller who wants to explore the world by themselves.

“They love big hotel rooms. They love experiences and that is growing very quickly and that will absorb all of the slack capacity.

“If you look at Macau, traditionally you had a small number of very, very affluent players driving the business.

The main commercial push will be “four days in Brisbane, plus three days on the Gold Coast”, with the updated Brisbane Airport providing the similar levels of access as Singapore.

Star also owns the casino complex on the Gold Coast.

“The idea is to sell all of south-east Queensland,” Mr Bekier said.

“This is the only integrated resort that is currently being built in the world, so when we open up in 2022 onwards we will have five years of free air.

“With the new [Brisbane] airport runway, with the airlines back in business, this is going to be the hottest ticket to go and visit.”

During his visit to Brisbane, which Star will call home once the $3.6 billion project is completed, Mr Bekier released new imagery that gave a taste of the George Street entrance to the complex.

It shows an open-air atrium allowing views across to South Bank from George Street.

Project director Simon Crooks said George Street would be the main entry to the integrated resort.

“Right up on the left will be the event centre and ballroom. In front are steps going up to level four, which is the bridge connection across the river,” he said.

The first 45-metre long span of the new Neville Bonner Bridge will be lifted over the Riverside Expressway about Easter 2021, Mr Crooks said.

Newly appointed State Development Minister Steven Miles said Star had re-employed 3500 Queenslanders stood down at the height of the pandemic and almost returned to its pre-COVID revenue levels.

“Nowhere else in the world has tourism, retail and hospitality recovered in the same way as we have been able to here in Queensland,” he said.