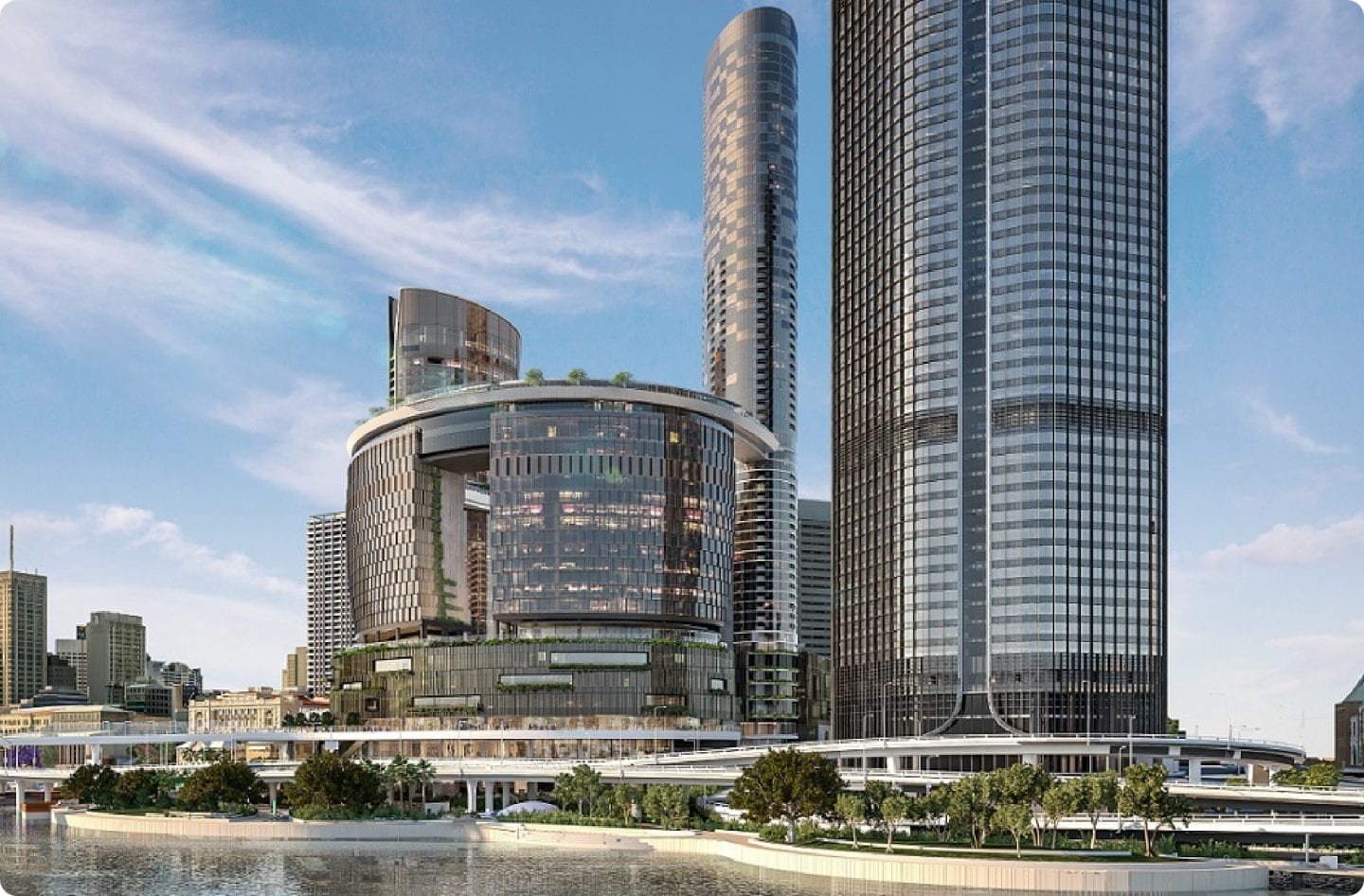 A suspended concrete platform will support a new 6,500sqm park on Brisbane River as part of the $3.6 billion Queen’s Wharf development by the privately-owned Destination Brisbane Consortium.

The first look of “The Landing” shows the 300-metre park being built beyond the Riverside Expressway on a previously inaccessible part of the river.

Despite Covid-19 impacting much of the Australian economy, the state government relaxed the heavy vehicle lock-out times at Queen’s Wharf enabling more large vehicles on site during what used to be peak-hour.

The joint venture led by The Star Entertainment Group alongside its Hong Kong-based partners, Chow Tai Fook Enterprises and Far East Consortium still plan on opening the Cottee Parker-designed landing and wharf facilities in late-2022 including 50 bars and restaurants and 2,000 residential apartments.

Destination Brisbane Consortium project director Simon Crooks said the new public space was being constructed along Brisbane River from behind 1 William Street to the western end of the resort structure.

“The Landing will feature garden beds, trees, terraced seating on the river’s edge and lush lawns for people to enjoy with their families, and to accommodate future public events,” Crooks said.

“Three barges have been at operating since August 2019 installing steel piles and laying the suspended concrete platform that forms the base of the structure.

“So far we have constructed around 3200sqm of the suspended structure.”

Once complete The Landing will jut out 50 metres from the river’s edge at its widest point and connect the existing Mangrove Walk to the eastern end of the structure providing a continuous river’s edge walk beyond the Riverside Expressway for more than 700 metres.

It will complement the first stage of public space that the Consortium opened in October 2019 that included Waterline Park, the 450 metre Mangrove Walk and 500 metres of upgraded Bicentennial Bikeway.

Once finished the three barges will move to other projects on the Brisbane River.

“The largest barge the Darwin, which is 80 metres long, will eventually move to the other side of the Brisbane River to help with the construction of the Neville Bonner Bridge,” Crooks said.