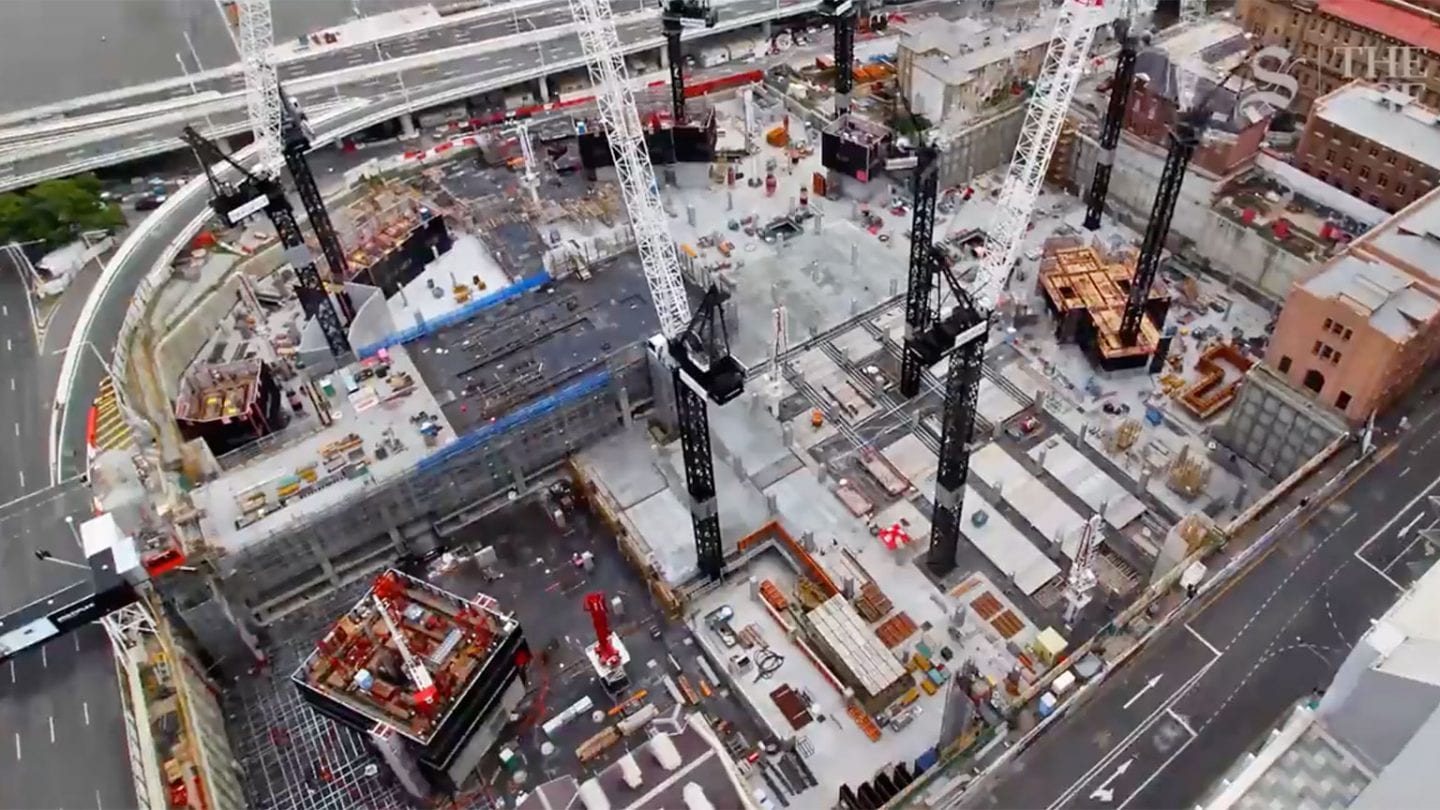 Four new towers are emerging from the ground near George Street in Brisbane’s CBD as part of the privately owned $3.6 billion Queen’s Wharf resort and casino development.

For three years, since construction began in early 2017, development has been underground or along the Brisbane River.

Now, the precinct’s first four towers – including the hotels, private apartments and gaming areas – are materialising between George and William streets.

Queen’s Wharf project director Simon Crooks said the next phase would mark the change from when “the people of Brisbane looked down into the buildings and instead, looked into them”.

The tallest tower is the Queen’s Wharf Residences (pictured, centre) which is being built on the corner of Margaret and George streets.

“These two towers make up the river-facing side of the integrated resort and form the platform for the Sky Deck that will sit more than 100 metres above street level,” Mr Crooks said.

“These towers will include more than 330 new five-star hotels rooms, along with new gaming facilities to replace the 25-year-old Treasury Casino.”

The Treasury Casino will close and become a high-end retail centre in the final stages of the development.
The fourth tower is near the heritage-listed old Government Printing Office, which is set to be preserved.

“This tower situated behind the old printery heritage buildings between George and William streets will climb to close to 200 metres,” Mr Crooks said.

Beneath the apartment tower and hotel towers are the retail spaces, restaurants, bars and conference and gaming facilities.

On the top floor will be an outdoor movie screen, an events space and market facilities.

Star proposes two further apartment towers for the Queen’s Wharf site but theu]y are planned for beyond 2024, after the main development is open to the public in 2022.

People would begin to recognise William Street from July when the five levels of car park were finished, Mr Crooks said.

“We are now at level five of the car park basements and the east end of William Street has reached Margaret Street level, with the complete section of William Street expected to be re-established by July,” he said.

“This means William Street will be reconstructed and used by construction traffic to build the remaining basements and podium levels.

“In the future, when the whole development is open, William Street will again have public vehicle access.”