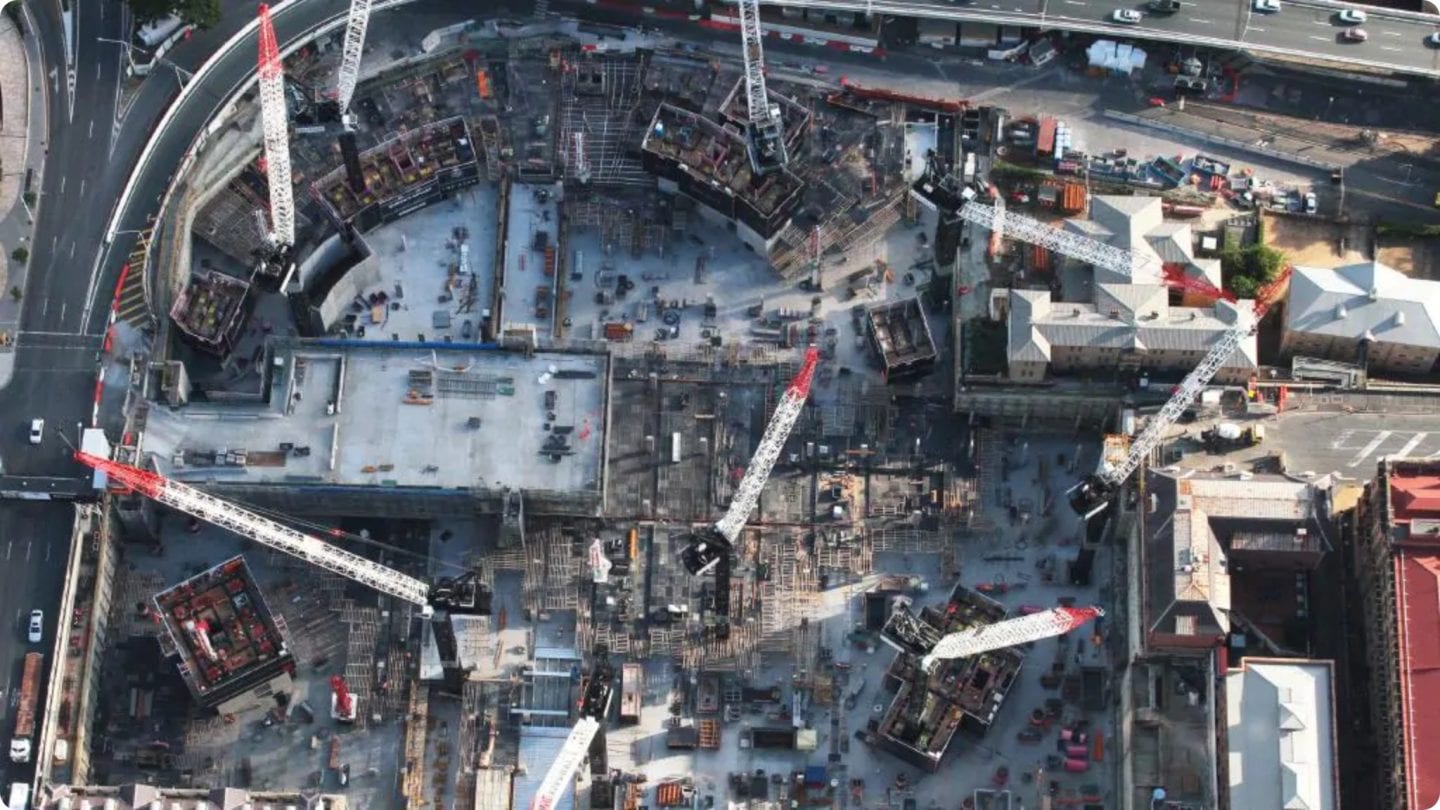 The Queen’s Wharf mega-project workforce will grow from 350 now to 2000 next year as newly released images show the casino, hotel and apartment project rising from its five-level basement to begin reaching for the sky.

Developers Destination Brisbane Consortium have released new images that show detail of the sky deck that is expected to be a massive leisure draw card in Brisbane’s CBD once the $3.6B development is finished.

Project director Simon Crooks said in the 11 months since builder Multiplex commenced the construction phase in July last year about 3000 tonnes of structural steel and 24,000 cubic metres of concrete had gone into the CBD project.

“To provide you some context, that is enough concrete to fill more than 10 Olympic sized swimming pools,” Mr Crooks said.

“Prior to that we excavated close to 400,000 cubic metres of material, of which 90 per cent was recycled, to build the largest basement in Queensland.

“It’s going to be a massive ramp up as we finish building the skeleton of the development and all the follow on trades come in behind.

“So there’s a lot of activity to come.”

Work has continued with COVID-19 distancing rules and would pick up speed in the next 12 months.

“It’s The Star Grand Hotel towers facing South Bank and overlooking the Riverside Expressway that will be most prominent. These two towers make up the river facing side of the integrated resort and form the platform for the Sky Deck that will sit more than 100 metres above street level.

“These towers will include more than 330 new 5-star hotels rooms, along with new world-class gaming facilities to replace the 25-year-old Treasury Casino.

“Between and under the four towers will sit seven levels of podium containing high-end retail, restaurants, bars, conference and gaming facilities. At the heart of the resort and sitting on top of the podium levels will be an open-air green space with outdoor movie screen, event space and pop-up market facilities.”